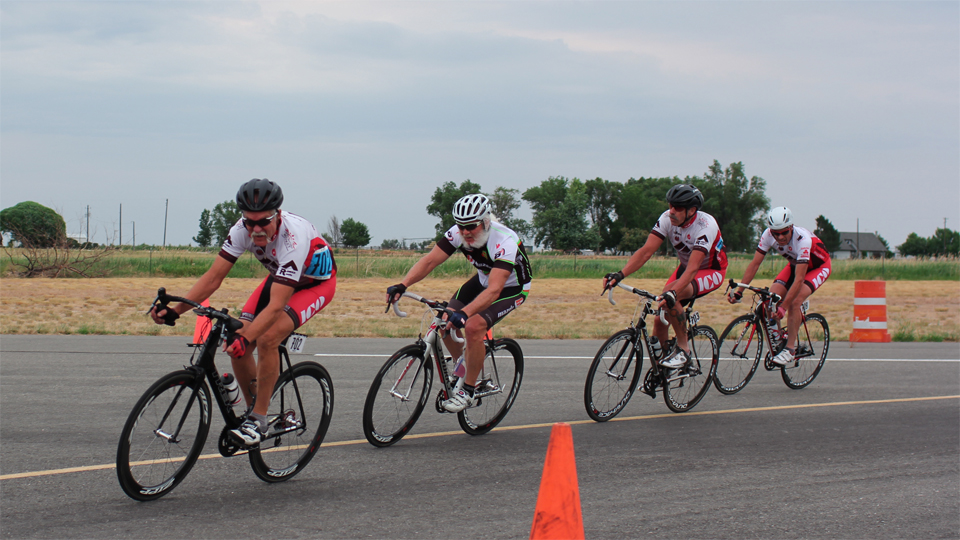 Several of these Competitive Aspects peak during early adulthood (i.e., the twenties and thirties), and then degrade with age. Hence, it is necessary to structure bicycle races with age categories to allow older athletes to enjoy the benefits of competition. It is natural that the largest proportion of bicycle racers are at their physical prime age, and that there are proportionately fewer bicycle racers in the more senior age categories. Also, there are only a few who take up bicycle racing beyond their physical prime age.

Some of the “Prime Age” bicycle racers have mastered most of the Competitive Aspects, and these are the top contenders. However, many of the Prime Age bicycle racers are comparative beginners having mastered only the fitness or skills aspect, and they finish behind the top contenders. The comparative beginners take encouragement from finishing with their peers and knowing they have the opportunity to improve their performance by improving upon their Competitive Aspects.

Some of the comparative beginners advance, and some fall out of the sport, as life’s demands pull them in other directions. The result is the level of expertise in all the Competitive Aspects increases in the “Age Group” bicycle racers and there are fewer comparative beginners.

While finishing last (or near last) is considered as finishing poorly amongst the Prime Age group top contenders, it becomes less of an indication of failure for the Age Group bicycle racers, and it can even be a significant accomplishment. “I may have finished last, but I was in the main field that included some of the top bicycle racers in my age group (i.e., versus finishing off-the-back, or lapped)”.

Last week, I rode in the Male 60+ State Criterium Championship. The field included a total of six riders, among them the current national champion and a former national champion. I knew from the start line-up that I was the weakest rider in the field. The race was a very short 20 minutes, so proper warm-up was required to be able to respond to the inevitable early attacks. Also, the small field meant that each rider had to respond immediately to each attack, or be dropped (i.e., rather than having the option of falling back into a larger field).

One of my team mates was able to attack from the back as soon as the pace slowed, and I was in position to block the fourth guy from chasing. My team mate went on to win the state championship, and I finished last at the back of the remainder of the field after attempting a couple attacks in the final laps. It was a successful race for both my team and myself.

Yesterday, I rode in the Male 60-64 State Time Trial Championship. The 20km course was out and back on flat 2-lane chip seal surface with no shoulder and a tight turn-around. None of the chip seal was good, the middle 5k was especially rough, and it was very difficult on the way out into 10-15mph head wind. There were five of us in the field, and all knew three of us were competing for third place, unless one of the other two encountered problem.

I under-estimated the strength of the head wind, started too fast, and pushed my heart rate well into the red zone by 1km into the race. This was very unpleasant, and I had to slow down for the next 2km to recover my heart rate. At the turn-around, I could see that my poor start caused me to lose time to both the other third place contenders. I had a good turn-around and finished strong, although last, losing by 29 seconds to one of my third place contenders and 0.2 seconds to the other. It was another successful race, even though I know I could have done better.