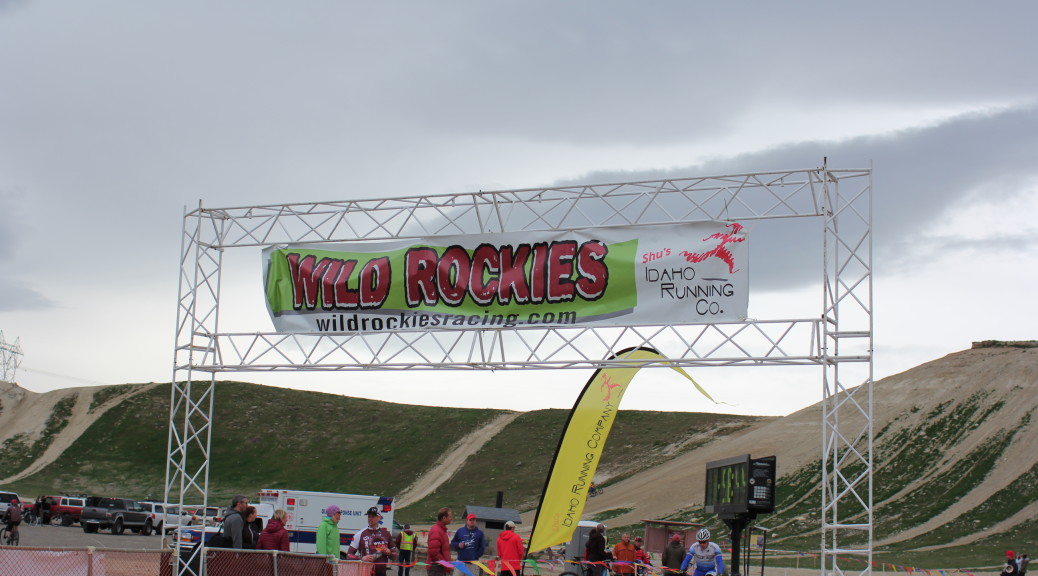 Wild Rockies Race Team fielded a strong group of 18 racers,  more than half of our roster, for the 19th annual edition on April 11, 2015. This team included a wide range of abilities, ranging from accomplished Pro to beginning racers, female and male, thirty-something to sixty-something.

This was the 19th time that XC Mountain Bike racing has shared the Hemmingway Butte Off-Highway-Vehicle Park with motorized trail users, an occasionally uncomfortable pairing. The venue and trail users have undergone significant change from nearly unrestricted shredding of soil and flora to usage being restricted to marked trails only. The motorized trail users now correct the XC Mountain Bikers when they wander off the marked trail during training, and ecological diversity and grazing yield have improved noticeably.

The race course followed the same route that has been utilized for the last several years, but the course was the firmest and fastest in recent memory. The course was 100% ride-able for the strongest and most skilled riders, though most riders walked the very steep exit climb out of the Skateboard Park. The course consists of mostly two-track dirt trail, except for the narrow winding Skateboard Park descent down a dry wash. The ascents feature sections of loose sharp rocks that force careful line selection to maximize efficiency and control and avoid flats.

The weather was mid 50F with blustery showers that reminded everyone of the sticky mud hypothermia disaster that occurred two years ago when a thunder storm struck mid-race forcing most participants to abandon, or carry their bikes to the finish. This year the showers bypassed the race venue, but strong winds were noticed, especially on the main climb during the first lap.

The strongest racers described the course as “fairly flat”, probably because they were able to ride the majority of the climbs in the big chain ring, or perhaps, demoralization of potential competitors is part of their strategy for long term dominance. The fact is that my GPS cycling computer with barometric pressure sensor recorded 1050 feet of vertical gain per lap, which is a little more than starting at the lower 8th Street parking lot (Foothills Learning Center), and riding to the top of Sidewinder.

Wild Rockies Race Team was led by Harri (Dave) Harrison wearing a 1993 vintage shiny cherry bomb skin suit. He was so Aero that he had a helping wind on the main climb of the first lap, while the rest of us had a hurting wind. Dave took second place in the Men’s Open Pro/Cat 1 race with a time of 1:53:44, 9:14 behind Chris Ganter (husband of Wild Rockies Race Team participant Allis Ottey) who also won last week’s Sage Brush Scramble STXC race. However, Chris was 8:23 behind the record setting Jamey Yanick.

Raul Garcia was the next best Wild Rockies Race Team finisher at 1:58:20, well under the 2 hour goal for most normal humans, and good enough for 4th place in the Men’s Cat 1 40-49 race.

The reigning Men’s 50-54 National Champion Jon Gould took first in the Men’s Cat 1 50+ race with a time of 1:51:12, 2:32 ahead of WR Race Team leader Harri. The Wild Rockies Race Team competitors in this race were Bill Salter in 3rd place, Weston Wheat in 4th place and Fritz Stafford in 5th place.

The Wild Rockies Race Team had seven competitors in the Cat 2 race, which is always an interesting race as there are typically one or two racers in each category that are “sandbaggers” who really should be in the Cat 1 race. None of the WR Race Team competitors are sandbaggers, but the presence of sandbaggers typically means the true Cat 2 racers are only able to compete for minor podium positions. However, WR Race Team struck Cat 2 gold! Sharon Sell took 1st place in the Women’s Cat 2 40-49 race, and Don Reiman took 1st in the Men’s Cat 2 60+ race.

The photographs included in this article were taken by Michele Swan. Due to logistical issues, Michele was not able to get to the top of the 1st climb until the beginning of the second lap. Hence, it was not possible to capture any Cat 3 photographs due to race being only one lap.