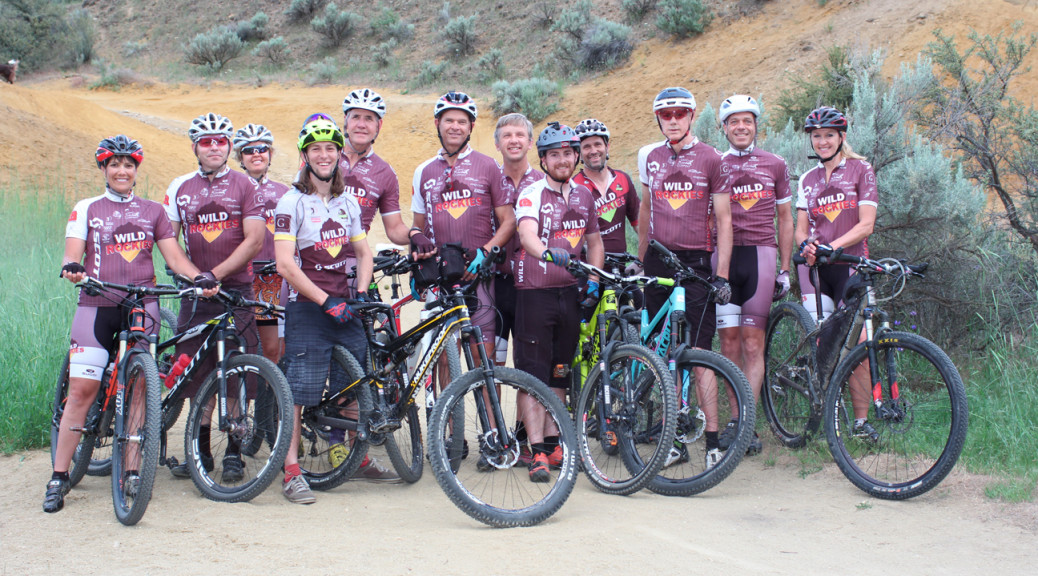 The Wild Rockies Race Team assembled on Monday June 1, 2015, for a team photo session at the junction of Lower Hulls Gulch trail and Red Cliffs trail. The photographic crew of Michele Swan and Fritz Stafford found, as expected, that a group of middle aged adults follow instructions no better than middle school students.

The big challenge was to capture two good photographs, the first representing our new sponsor aftersportswear.com with their banner and the female team members wearing aftersportswear.com skirts, and the second photograph sans skirts and banner. This is when it also became clear that a group of middle aged adults have an attention span that is no longer than a group of middle school students.

You can judge the quality of these photos, as I am overly critical. The original aftersportswear.com photo, IMG_7778 is underexposed and the fill flash failed to fire because the camera exposure system was fooled by the big white banner in the center of the subject. I attempted to correct for the background underexposure with Photoshop “Levels” adjustment layer in the IMG_7778_Levels version, but the lack of fill flash cannot be corrected.

We will try another Team photo after the next kit order arrives, perhaps up on the “Around the Mountain” trail at Bogus, or the “Rock Sculpture” section of the “Broken Horn” trail at Avimor. I hope we can get more of the Team to show up.