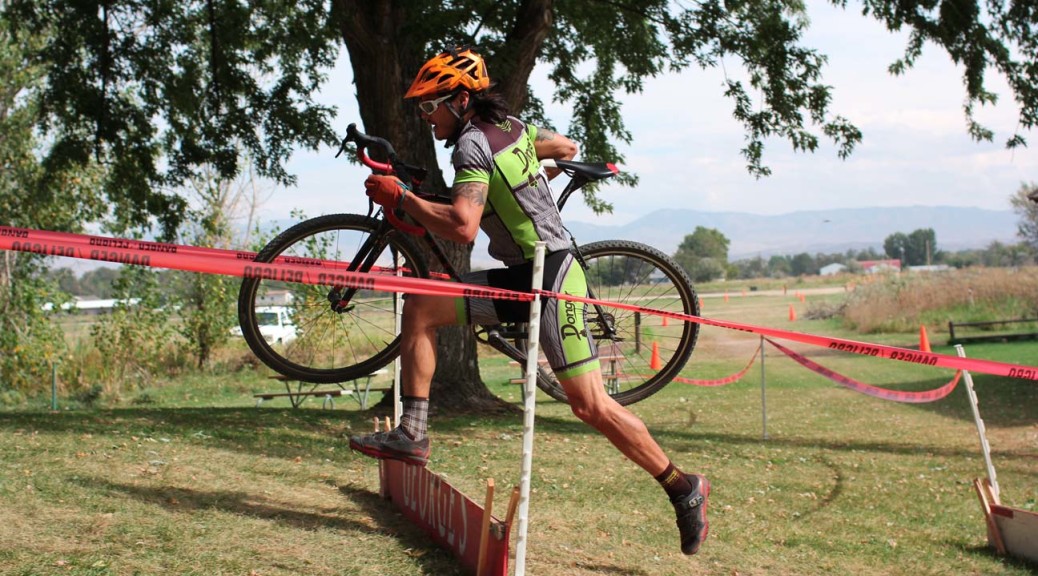 Barriers or Hurdles are a common feature in Cyclo-cross races, and they require several skills to negotiate efficiently: dismounting; steering and breaking while dismounting; carrying the bike; hurdling while carrying the bike; remounting. In some cases for the most skilled racers, it is possible to jump the barriers while mounted on the bike, and this always pleases the crowd, but it is risky. There is significant benefit gained when a skilled racer successfully jumps a barrier while mounted, but the benefits gained from multiple successful mounted jumps are more than negated by one unsuccessful mounted jump.

Barriers are allowed to be 40 cm high (15.75 inches), and it is popular in the local Boise CX races to use full legal height barriers to force the vast majority of racers to dismount and hurdle the barriers. However, there are other approaches to force the racers off their bikes with smaller barriers (which may be fairer for smaller racers): usage of multiple barriers placed close together; placement of barriers immediately following a turn – especially a left turn; placement of (multiple) barriers on a hill, or with deep sand in the take-off and / or landing; etcetera.

Three small barriers were utilized in the 2015 Eagle Island Cyclo-cross race. These barriers were placed close together on a small hill immediately following a 90 degrees right turn, and nobody attempted to jump them while mounted. I heard racers say after the race that they would have tried to jump the barriers while mounted, if there had only been two, but such talk is cheap.

One thought on “Cyclo-cross Skills – Taking the Barriers in Stride”