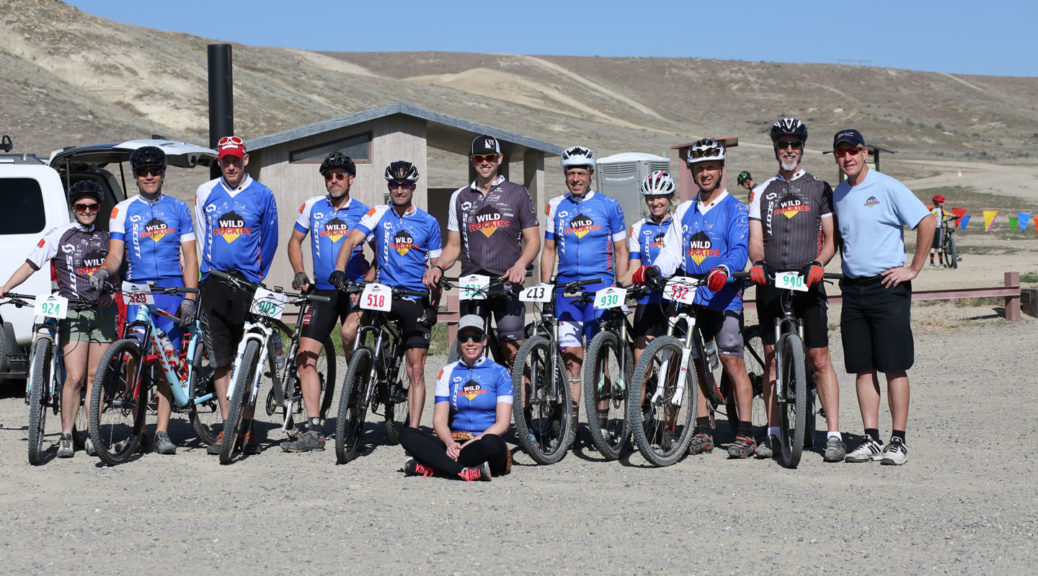 The weather was perfect for the inaugural off-road bicycle race of the Boise region 2016 season, sunny, little wind, low 60F at race start, 11:00AM April 9 at the Hemmingway Butte Off Highway Vehicle park. There had been adequate spring moisture, but the course had been softened by a combination of BLM excavations to improve drainage and an OHV event the preceding weekend. The result was lap time increase of ~7-10% for most riders.

The 10 mile course consists of two loops, the first short loop includes a steep difficult climb that had previously been ride-able for most Cat1 riders, and a second loop that begins with a ~2.5 mile medium gradient climb and includes several short steep pitches. This year, the steep climb in the first loop was not ride-able for most riders, and the large meat ball size dirt clods made for slow exhausting pushing of the bike up the hill. The less steep first half of the ~2.5 mile climb in the second loop was made more difficult by numerous soft dirt sections.

The second loop continues with a steep, curvy soft dirt descent into the nastier than ever entrance into the “skateboard park”, a continuously snaking ~1.5 mile narrow dry wash with ~20ft vertical rock walls on both sides. This nasty entrance has always begun with a narrow rock drop into a steep soft dirt slalom through several rocks before leveling out in the wash, but this year, a hole developed halfway down the slalom that grew with each rider passage, and this was the cause of numerous “endos”.

The same course has been utilized for multiple years, but the skateboard park section changes every year due to erosion and usage (especially dirt bikes). Full concentration is required to find the most efficient route into and throughout the skateboard park, and lapses of concentration can occur with fatigue. This creates excitement for the skilled racers, and anxiety followed by gratification upon successful completion for the less skilled racers.

Photos of many of the WR Race Team representatives are included in the 20th Annual Barking Spider Photo Galleries (i.e., click on the “Photo Galleries” main menu item). Apologies for those not included, but Michele had new camera with improperly adjusted Auto-Focus settings (i.e., the background sagebrush, rocks and barbedwire were in great focus, but riders were often blurry).